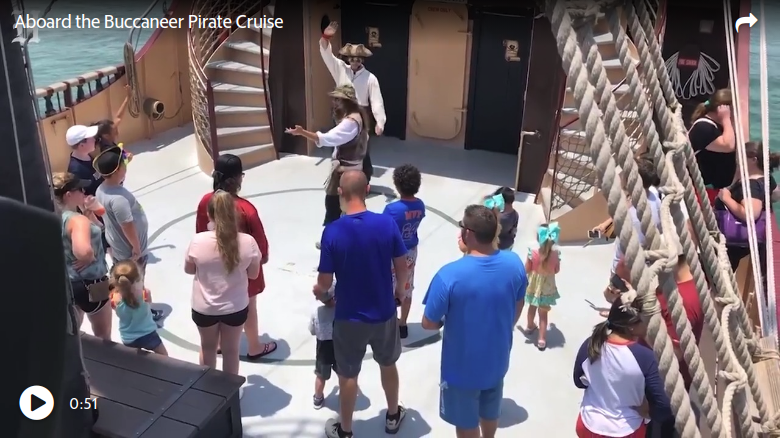 Whew, what a relief!

I’m glad I left all of my South Florida glamor behind when I decided to travel some 645 miles to vacation along the Emerald Coast’s shimmering green beaches. Here, I get to flaunt like a flag my old Bermuda shorts and worn-out sneakers.

I also don’t need to bother styling my hair or watch what I eat.

According to the spirited self-help rants in the “Emerald Coast Guide” I picked up at the Gulfarium, this is key to enjoying myself and blending in with the natives.

Frump is proudly in vogue here, the guide boasts, listing “perfect hair” as a South Florida hang-up you won’t be enduring here.

The laid back attitude, however, ends at fashion and health.

There’s a language code: English only.

According to this tourism guide, which doesn’t mind offending a segment of Florida’s population — or international tourists — this is not the turf for “foreign language translations” like you-know-where.

Not to be confused with an undocumented immigrant in need of forbidden sanctuary in this, Congressman Matt Gaetz’s territory — and the place Gov. Ron DeSantis chose to sign Florida’s anti-sanctuary bill into law last week — at the Okaloosa County line I stopped saying to the kids: “¡Vámonos!”

Easy enough, but the rules get weirder.

You should not confuse the glitter in the water as permission to showcase perfect bodies, nor behave like brothers and sisters and husbands and wives who “happily get along.” None of this having the entire family “walking along the beach all dressed up in the latest styles,” as the anonymous guidebook author believes happens all the time on South Florida beaches.

Equally so, rich viejos verdes beware: There’s no appetite here for “a guy in expensive fishing gear catching a game fish with a pretty girl, half his age in a bikini cheering him on.” (Forgive the bad grammar, it’s not mine.)

While vacationing in this paradisaical Panhandle, you NEVER (their capital letters): “Weigh yourself. Eat dinner without dessert. Complain.” At a respectable seafood establishment I ate, they served an adult a cup of Goldfish with a salad.

And no need to bring a chair to the beach, the guide advises. Just dig a hole in the sand — and drape a towel over it. I don’t know what they do to accommodate malts and milk shakes-enhanced butts on that sandy “chair.” It’s not included in all the helpfulness of page 50.

Visiting here you confirm that there really are two Floridas.

It’s as if the I-4 expressway through Orlando were a cultural equator with progressive Gainesville being a geographical aberration, those border nooks you sometimes see on the maps of the developing world.

On this north side — where most of the tourists speak with a Southern drawl and hail from Sweet Home Alabama, which recently surpassed Mississippi as the most backward state in the union — all of the above stated no-nos are considered ills endemic to the south end of the peninsula.

They don’t like us — and that explains a lot about Florida politics. For instance, why Trump devotee Gaetz is our Florida man personified in Congress. And why Gov. Ron DeSantis absconded away from his Cuban fans in Miami-Dade to Okaloosa County to sign a bill that bans sanctuary cities that don’t exist in Florida. He was in the company of some 300 enthusiastic supporters and only a handful of protesters, according to the local press.

This is what people mean when they dub these here parts Floriduh.

The natives, however, are very nice.

They are helpful and polite to a fault, if ill-informed on politics, and confused about the religion they constantly evoke. Jesus would not be happy with their self-righteous attitude toward the less fortunate fleeing persecution and poverty.

And the powers that be should worry more about overpriced hotels that could use better housekeeping — and about the June grass covering the sand like stitches on a quilt — than federal immigration law.

The algae gives the beautiful waters their green tint in sunlight, but in excess, it also turns the beach water a muddy color. Memories of last season’s unrelenting toxic red tide and algae bloom in Florida are still too close for comfort.