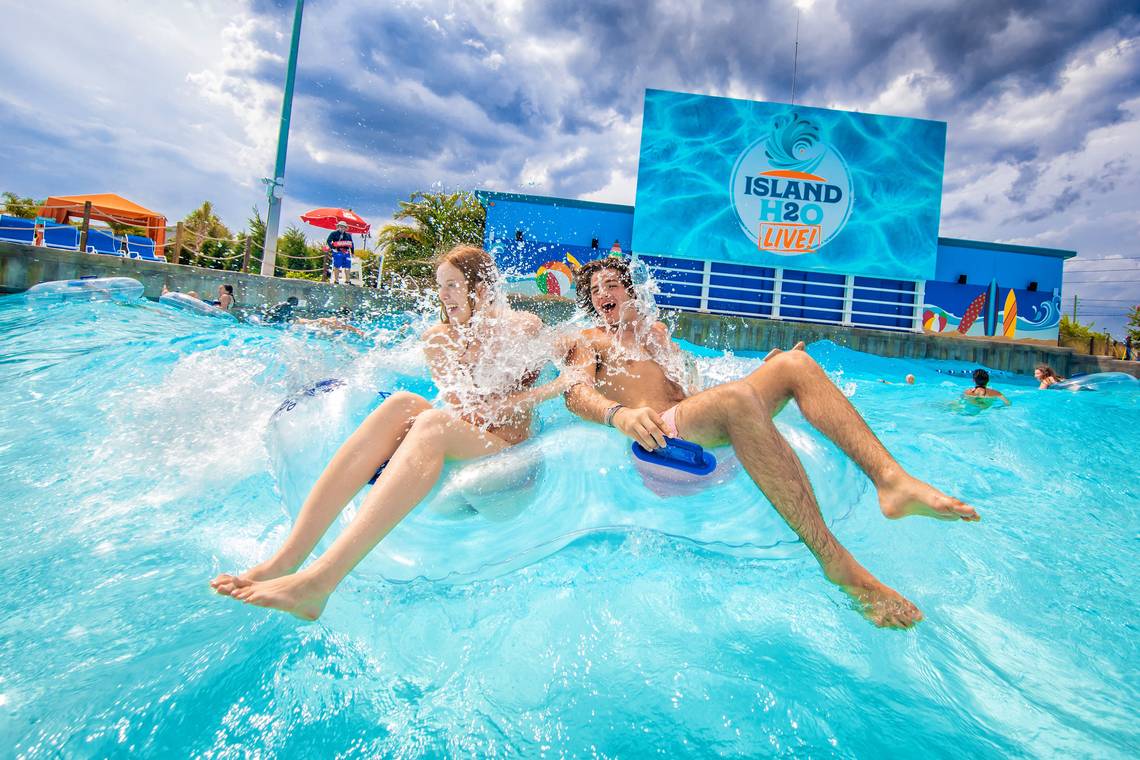 Looking for a fun summer attraction that won’t have you melting after a few minutes because Florida feels like the surface of the sun?

It’s not your everyday water park. Much like Disney’s Blizzard Beach and Typhoon Lagoon, all the slides and attractions in the water park follow a strict theme. For this park, the theme is social media.

The theme doesn’t show up only in the names of attractions, it’s woven into the whole park experience. Guests can customize music play lists, color themes and water slide experiences, according to an Island H20 Live! release. The park achieves this through its app and an RFID Smart Band all guests are given when they enter the park, the release said. The wrist band allows them to connect to their social media networks and create a park profile.

Because the park is brand knew don’t be expecting a fast-pass-type system for a little while. “Speed Keys,” which will give guests front-of-the-line access and the ability to reserve time slots, are “coming soon,” the park said.

While the water park doesn’t have its Speed Keys yet, it does have annual passes ready for purchase. It usually costs $89.99, but if you buy one before June 24 it will be $69.99.