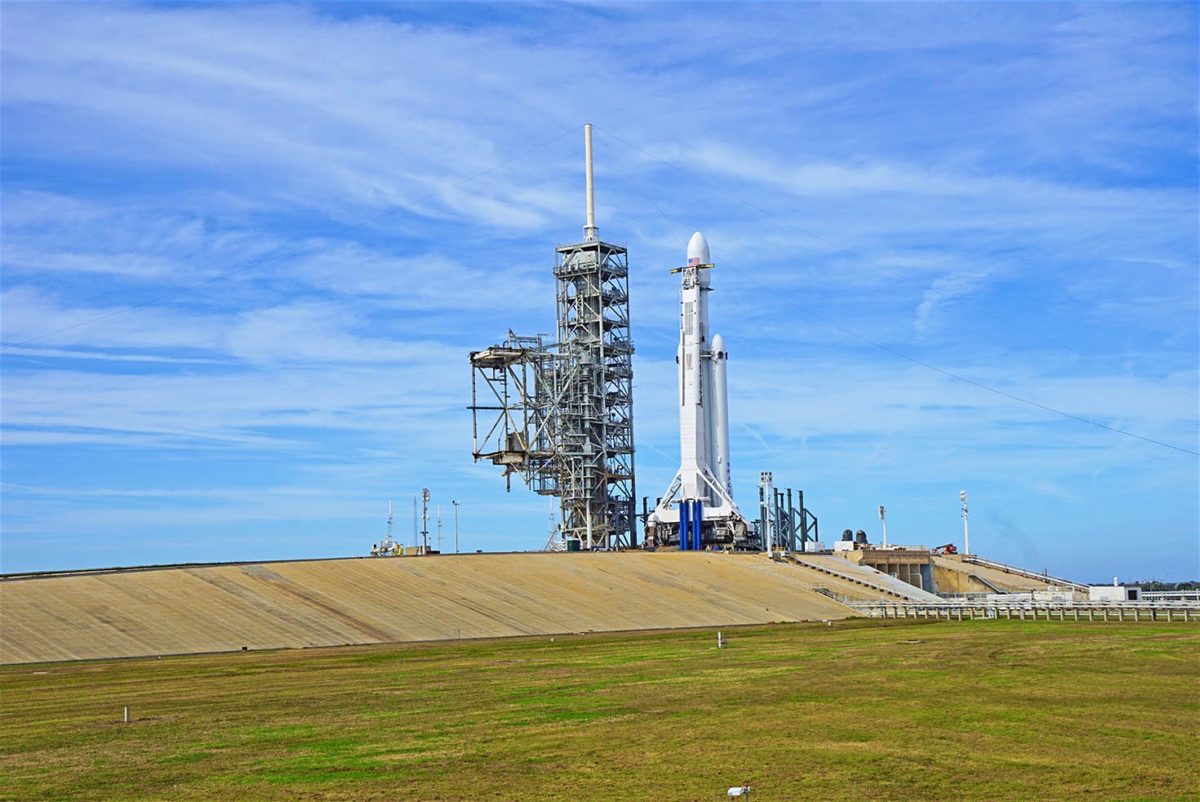 The NASA Space Shuttle may no longer be flying, but thanks to private investment, Florida’s Space Coast is busier than ever with regular rocket launches. Want to see one for yourself? These tips ensure you’ll be able to get the most out of your launch viewing experience.

Experiencing a rocket launch on the Space Coast is so much more than it appears on TV. The nervous energy as the countdown clock ticks down; that moment of hesitation when smoke begins billowing out the bottom of the rocket; the burst of flame the color of the brightest molten lava that begins to propel the rocket upward; and finally, feeling the roar in your chest as it achieves lift-off. It’s not just about the launch, though – it’s the entire experience. Meeting first-time viewers and exchanging stories and trivia with fellow space enthusiasts is all part of the fun.

In 2011, NASA’s space shuttle flew for the last time, but the Space Coast didn’t remain quiet for too long. Over the last few years, companies like SpaceX, the United Launch Alliance and Blue Origin have Cape Canaveral and Kennedy Space Center bustling with activity once again. In February 2018, SpaceX made headlines when it launched the Falcon Heavy rocket; hundreds of thousands of people gathered to witness this historic event, and it was the second biggest live event in the history of YouTube. The Falcon Heavy is now the most powerful operational rocket in the world, second only to the giant rockets that sent our astronauts to the Moon during the Apollo program.

What to keep in mind when choosing your rocket launch

If you’d like to see a rocket launch for yourself, flexibility is the name of the game. While rocket launches are spectacular to view, they are missions, not tourist events. This means that their schedules are variable; launches are often delayed and rescheduled at the last minute because of technical problems or weather. Dates are seldom set more than a few weeks in advance (unless it’s a really big launch), which means that making plans to see them can be difficult. Spaceflight Now has an excellent list of upcoming launches from around the world, with a brief description of each – filter by location to see the Space Coast launches.

Since the retirement of the space shuttle, the US has not had the ability to carry its own astronauts to and from the International Space Stations (the Russians handle that for us). This means that the recent launches out of Kennedy Space Center and Cape Canaveral have been uncrewed: there are no astronauts aboard. However, this will not always be the case, as both SpaceX, Blue Origin and Boeing aim to launch demonstration flights carrying astronauts in 2019.

If you have a choice between a crewed and uncrewed launch and scheduling is a concern, always opt in favor of a launch without astronauts. There are fewer factors to consider in terms of launch conditions, and that makes it more likely that the rocket will launch on time (but again, it’s good to prepare for delays regardless of the type of launch). Additionally, avoid demo launches, like the recent Falcon Heavy. While that rocket did take off on its first scheduled date, it’s much more likely things will go wrong during a test launch.

Public (and free) viewing locations for a rocket launch

Launches are public, so you don’t necessarily have to spend any money to make it happen beyond your travel and lodging. However, there are some factors to consider when choosing your free viewing location. There are multiple launch pads dotting the Space Coast, so the optimal spots are never the same – they depend on where the launch pad is located (you can find launch pad assignments on Spaceflight Now’s calendar). And you’re subject to the hours of your chosen viewing location: many public beaches in the area close at sunset. The Space Coast tourism board maintains a page of launch-viewing sites with information on the amenities and opening times of each location.

If you’re viewing a SpaceX Falcon 9 launch from Launch Complex 40, Playalinda Beach in Titusville is your best bet, while Space View Park in Titusville is a great choice for launches like the recent Falcon Heavy from Pad 39A. Cocoa Beach Pier in Cocoa Beach is a good choice for most launches. Remember, there’s a lot of traffic on launch day – more than 100,000 people viewed the Falcon Heavy launch from Cocoa Beach, for example – and parking can be difficult. Make sure you get to your chosen viewing area very early.

If all of this sounds complicated, there’s a way you can make it much, much easier: the Kennedy Space Center (KSC) sells inclusive packagesto take the planning out of a launch visit. Though the cost per person isn’t cheap, KSC can get you closer to the launches than any other option. (Plus, the breadth of experiences and activities there are a pretty great backup if your launch is cancelled last minute.)

‘Our proximity to the action, and relationships with NASA and private companies, allows us to create unique experiences for our guests on launch days,’ said Therrin Protze, the chief operating officer of Kennedy Space Center Visitors Complex. ‘This includes things like guest appearances, expert commentary, engaging activities, access to our exhibits, special tours and more.’

There are three tiers of packages offered at KSC. Your $57 ticket for entrance into the complex ($47 for ages 3 to 11) includes the ability to watch rocket launches in front of the Space Shuttle Atlantis exhibit, which is about 7 miles from launch pads (the distance varies, of course, depending on which pad the rocket is launching from). There are bleachers set up, and KSC provides live commentary about what’s happening.

If you’d like to get a little closer, the Apollo/Saturn V Center is about six and a half miles from the launch pads. Typically a bus ride to this portion of the KSC is free with the purchase of your day ticket, but on the day of launches, these tours are often suspended due to security and a bus ride costs an additional $25. Launch commentary and bleacher seating is provided.

For a truly front-row seat, the Launch Complex 39 Observation Gantry is the way to go. This location is so close – just three miles from Launch Pad 39A – that it’s actually closed for some launches for safety reasons. You’ll pay $49 in addition to your admission ticket, and you get similar live commentary and seating as well as some refreshments and a t-shirt included with the cost of your purchase.

There are a few things to keep in mind about these packages. First, as previously mentioned, launches are unpredictable. Launch viewing tickets with KSC are primarily for transportation, not the actual launch. If a launch is postponed or canceled before you’re on the bus to the site, then KSC Visitors Complex will provide a refund. If you’re on the bus, or already at the viewing site, you’re out of luck. You’ll have to buy tickets again for the next launch attempt.

These tickets sell out very quickly, so snag them as soon as your plans are in place. Often, KSC Visitors Complex will begin selling launch viewing tickets before the exact date of a launch is announced. Space fans are enthusiastic, after all! For special launches that generate significant interest, such as the Falcon Heavy (and the upcoming first crewed missions), the details of the packages, including pricing and viewing locations, are likely to vary. Once again, you’ll need to both be as flexible as possible and plan ahead.

Yes, planning for a launch can be tricky, but once you are there and the energy begins to build as the clock counts down, you’ll know that it was worth it.