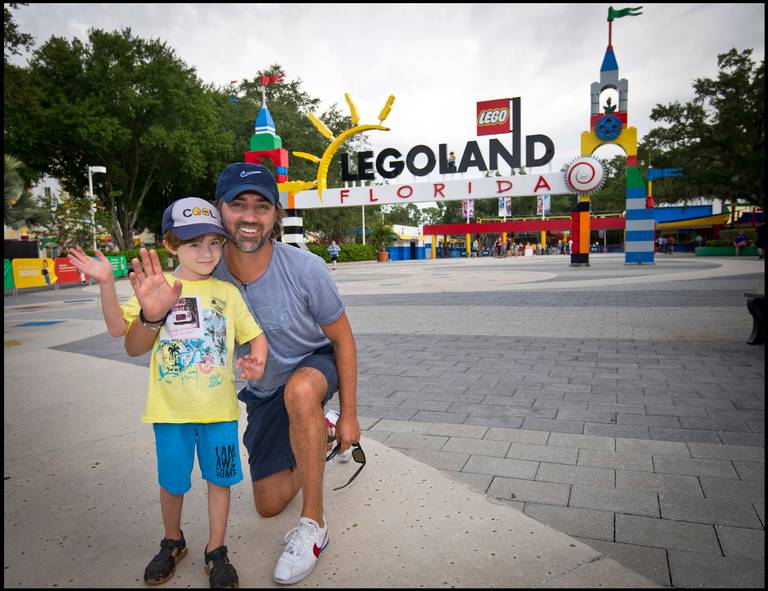 If you’re a certain age, the word “Lego” immediately sparks fond memories and joy. The fun brick-building toy captured the hearts and minds of a generation.

But it’s quite possible that no one in the world likes Legos as much as this German father and son, who were the first to travel to every Legoland park in the world.

In a span of 13 days, Dieter Deussen and his 5-year-old son Julian visited seven countries and eight cities on their all-around-the-world trip.

“The key to this trip was to have fun and enjoy extensive time with my son,” said Deussen in a statement. “It’s a memory that we’ll have forever.”

Deussen wanted to create a special experience for Julian before he started school for the first time in September. Knowing that his son is a big Lego fan, Deussen suggested a “Legoland World Tour.”

“It didn’t take more than a few seconds for Julian to say yes,” said Deussen.

It took Deussen eight months and many hours to plan for the trip.

Their first stop on the world tour from Dusseldorf, Germany, their home, was Legoland Windsor Resort in the UK on June 27. After that they went to Legoland Billund in Denmark, Legoland Deutschland in Germany, Legoland Dubai, Legoland Malaysia, Legoland Japan and Legoland California Resort.

The final stop on their journey was Legoland Florida Resort, where they arrived on Tuesday.

“Traveling the world and visiting all of the parks in just under two weeks is the ultimate Legoland vacation,” said Shawn Mikus, Legoland Florida Resort spokesman. “We’re really happy that Legoland Florida Resort could play a small part in creating a lifelong memory for Dieter and Julian.”Legoland Florida was a little different from the other stops on their world trip because the park is the only place to The Lego Movie World. In fact, the movie’s main stars, Emmet and Wyldstyle, greeted Julian at the park.

“100 percent it was worth it. To see Julian smile so much at every park and interact with children from around the world, regardless of the language difference, was amazing for me to see. I would absolutely do it again,” Deussen said.

At the end of their 13 day trip it seemed like they visited all the parks. That is, until Legoland officials realized the Deussen family world tour was not quite complete.

Officials surprised the Deussens with complimentary tickets to visit the Legoland New York Resort, which opens in 2020.