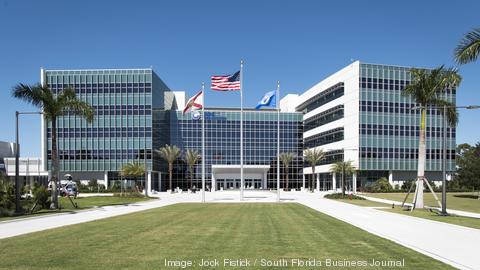 Raytheon Co., the 98-year-old defense contractor headquartered in Waltham, Massachusetts will merge with Connecticut-based United Technologies in an all-stock deal that will create one of the largest public companies in the state by headcount, revenue and market value.

Raytheon (NYSE: RTN) and UT (NYSE: UTX) announced the planned merger on Sunday, saying the combined firm will remain based in the Boston area. A spokesperson for Raytheon said there’s “nothing more definitive” on Sunday evening regarding whether it would remain in Raytheon’s current headquarters in Waltham.

The combined company will retain Raytheon’s name. In terms of headcount, it would rival General Electric (NYSE: GE), which is currently the largest company headquartered in Mass. with 283,000 employees. Raytheon currently has about 70,000 employees worldwide, while UT has 240,000, although UT plans to spin off two businesses before the merger is completed: Otis Elevator Co., which has 68,000 employees, and Carrier Corp., which has 45,000 employees.

Carrier Corp. will be based in Palm Beach Gardens once the spin off is completed, making it one of South Florida’s largest public companies.

The focus of the new company will be on aerospace and defense, and it “will offer expanded technology and R&D capabilities to deliver innovative and cost-effective solutions aligned with customer priorities and the national defense strategies of the U.S. and its allies and friends,” the two companies said in a statement.

Tom Kennedy, Raytheon’s current CEO, will be named executive chairman of the combined company, and Greg Hayes, CEO of UT, will be named CEO. Two years after the completion of the merger, Hayes will assume the roles of chairman and CEO.

A statement announcing the deal said there will be “more than $1 billion of gross annual cost synergies” by 2024.

The new company will have combined revenue of about $74 billion in pro forma 2019 sales, still below GE’s revenue of $121 billion in 2018 but surpassing TJX Companies Inc., which had the second-highest revenue of any Massachusetts-based public company last year with about $40 billion in 2018 sales. The statement said the merger will create “new revenue opportunities from combined technology.”