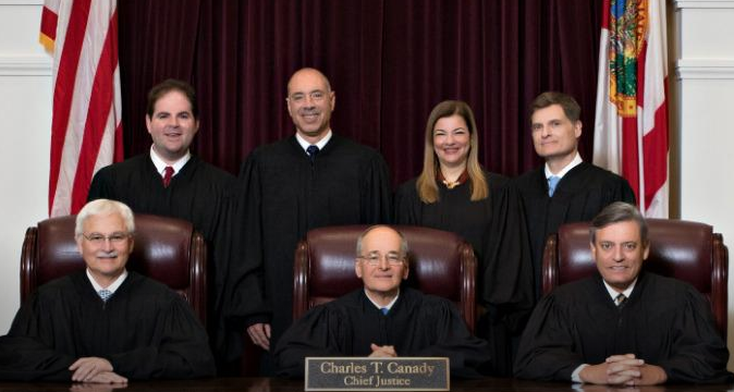 TALLAHASSEE — The U.S. Supreme court ruled 5-4 on Thursday that federal judges do not have the authority to redraw election districts that are overly skewed in favor of one party due to map manipulation known as “gerrymandering.”

The decision will have an impact on several states, including North Carolina and Maryland where partisans brought the legal challenges. But in Florida? The effects are more limited.

That’s because unlike some other states, the Florida Constitution already has written rules prohibiting any redistricting maps “drawn with the intent to favor or disfavor a political party or an incumbent.”

“I don’t think it’s going to change anything,’’ said Ellen Freidin, the Miami lawyer who led the 2010 Fair Districts citizen’s initiative to add that rule to the state Constitution.

In 2012, Florida courts overturned maps drawn by the state legislature that redistricted the state Senate and Congress. After six years of fierce litigation, including four separate federal court challenges to the amendments that were rejected by the high court, the maps approved by the courts were adopted.

In its majority opinion on Thursday, the U.S. Supreme Court referenced Florida’s Constitution in asserting that states have the ability to solve this issue themselves.

Mark Herron, a Tallahassee-based elections lawyer who worked with the coalition that challenged the 2012 redistricting maps said the U.S. Supreme Court “has been unable to articulate standards to measure what gerrymandering is … but we’ve already done that. It’s in our Constitution,” he said. “We should be okay.”

But by keeping the legal challenges at the state level, the ruling is likely to intensify the focus on Tallahassee, as politicians and advocacy leaders wondered how the Florida Supreme Court, with three new justices appointed by Gov. Ron DeSantis, would evaluate a redistricting case.

But they may find out soon enough. After the 2020 Census is completed, the Legislature, which is currently controlled by Republicans, is scheduled to redraw its districts for Congress and the state Legislature in 2022.

Patti Brigham, president of the League of Women Voters of Florida, one of the groups that successfully challenged Florida’s redistricting maps in 2012, expressed concern that the state’s highest court would have the ultimate authority on a gerrymandering case in the future, but added it’s “premature” to guess how the new justices would behave.

“There absolutely are lots of question marks,” she said of the court’s new composition. Brigham said Florida should create an independent, bipartisan committee to draw the maps in 2022.

Despite the prohibition on lawmakers from protecting incumbents or political parties, the 2012 Florida Legislature drew Senate and congressional maps that favored GOP incumbents.

“We deeply hoped the Legislature would follow the amendments,’’ Freidin, the Miami lawyer, said. “We never anticipated they would enter into a scheme to thwart the will of the people. Of course, we always knew if the Legislature acted unconstitutionally, the Supreme Court’s job would be to be a check on them.”

“It certainly was obvious to everyone, including the litigants, that if they could just get in front of the former Supreme Court they would of course prevail and they did,” he said. “My hope is that the new Florida Supreme Court… will be fair and will be data-driven.”

In her dissenting opinion, U.S. Supreme Court Justice Elena Kagan wrote that the majority’s reliance on the courts would lead to an uneven application of the law. She noted that the Florida Supreme Court was the final arbiter in Florida’s redistricting case, as were the courts in Pennsylvania in a similar case.

“But what do those courts know that this Court does not?’’ Kagan wrote. “If they can develop and apply neutral and manageable standards to identify unconstitutional gerrymanders, why couldn’t we? We could have, and we should have.”

“If the majority wants the kind of guidance that will keep courts from intervening too far in the political sphere … that Amendment does not provide it,’’ she wrote.