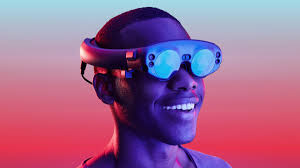 Venture capital raised for startup companies hit new highs for the midway mark of 2019, and Florida was among the states with increased deal dollars.

Florida saw a swell in venture capital dollars raised from April to June, with South Florida companies making up nearly half, according to the second-quarter MoneyTree Report on venture capital.

South Florida companies raised $408 million of those dollars. Those that attracted the big bucks were:

Plantation-based Magic Leap, maker of a wearable computer, snagged $280 million from a Japan-based cell phone company. The company has a raised a total of $2.3 billion from some of the world’s largest companies including Google and Chinese e-commerce company Alibaba, and the Public Investment Fund, the investment arm of Saudi Arabia.

Magic Leap was second in Florida for the quarter by KnowBe4, a Clearwater-based internet security company that raised $300 million.

“The last six months saw the largest total venture capital investment we’ve ever recorded for the first half of the year,” said Tom Ciccolella, U.S. venture capital leader for PricewaterhouseCoopers.