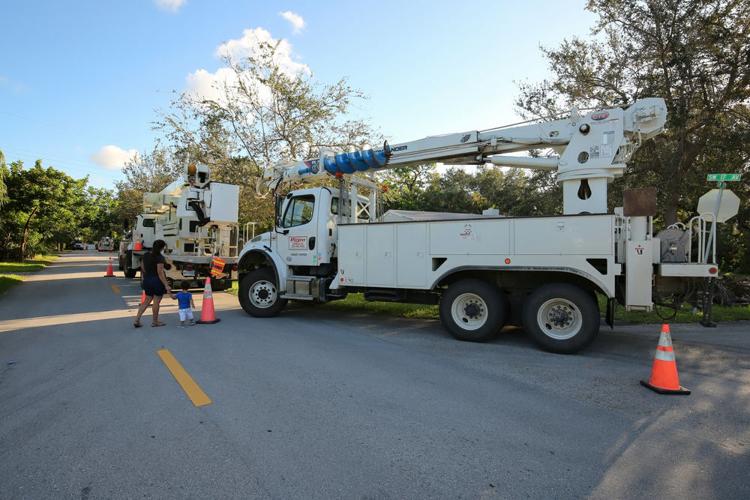 Calls for substantiation from the Office of Public Counsel (OPC), which represents consumers in utility issues, the Florida Industrial Power Users Group (FIPUG) and the Florida Retail Federation (FRF) only grew louder after the Florida Public Service Commission (PSC) in May – in violation of its own policy – allowed FPL to keep $772 million in “windfall” tax savings to cover costs from the 2017 storm.

But on Tuesday, the PSC approved an agreement between the FPL, the OPC and FIPUG that “recognizes” the $1.375 billion in Hurricane Irma restoration expenses in exchange for not passing those costs onto its 5 million customer accounts.

As part of the agreement, which the FRF did not sign onto but did not oppose, FPL introduced new guidelines to better monitor outside contractors’ costs and expenses through “the use of new technology to track utility storm expenses.”

Hurricane Irma barreled across much of the state on Sept. 10, 2017, causing more than 4.4 million FPL customers to lose power. About 28,000 workers from 30 states and Canada were contracted to restore electricity, FPL maintains, leaving behind a complex blizzard of invoices and bills that the utility is still, in some instances, tabulating.

As a result – and in response to challenges to its estimates – FPL representatives said beginning this hurricane season, they will deploy a smartphone app that can track and record the time and expenses of all crews in the field.

“We have been working on some new technologies to help us better manage, track, and increase transparency around the costs of restoring power after a hurricane,” FPL spokesman Mark Bubriski said.

In May, the PSC agreed to allow FPL to keep $772 million in “windfall” tax savings from the federal Tax Cuts & Jobs Act of 2017 (TCJA) to help pay for restoring power in Irma’s wake.

The ruling was opposed by the OPC, FIPUG and the FRF, which petitioned the PSC to enforce its own policy that requires utilities share savings from 2017 tax reform with ratepayers.

FPL maintains it used reserve funds to pay Irma restoration costs and needed the TCJA tax savings to replenish its reserve. Replacing the expended reserve with the tax “windfall” meant customers would not have to pay for Irma recovery costs, FPL said.

In December, the OPC, FRF and FIPUG filed a petition with the PSC demanding “fair, just, and reasonable rates be charged by FPL following the windfall cost reduction,” claiming FPL was not accurately reporting revenues.

FPL challenged the petition, which demanded it return what was then estimated to be $736.8 million in TCJA savings to ratepayers.

In May, the commission – against staff recommendations to allow FPL to deduct Irma costs but pass tax savings onto ratepayers – ruled FPL could use the money to replenish the reserve account.

The OPC prevailed on the commission to require FPL provide greater detail of its Irma costs. But on June 6, FPL and the OPC jointly filed a proposed settlement with the PSC. The FRF and FIPUG, however, declined to sign on without a hearing before the PSC.

That hearing was scheduled for Tuesday. Instead, the parties presented the agreement, which FIPUG had also signed onto, which the commission approved.

“The storm that we’re dealing with, Irma, was a tremendous impact to your customers, throughout your service area,” PSC Commissioner Donald Polmann said. “I think everybody should recognize that this has come to a pretty quick closure with the settlement agreement. I do absolutely see this to be in the public interest that we move forward expeditiously.”