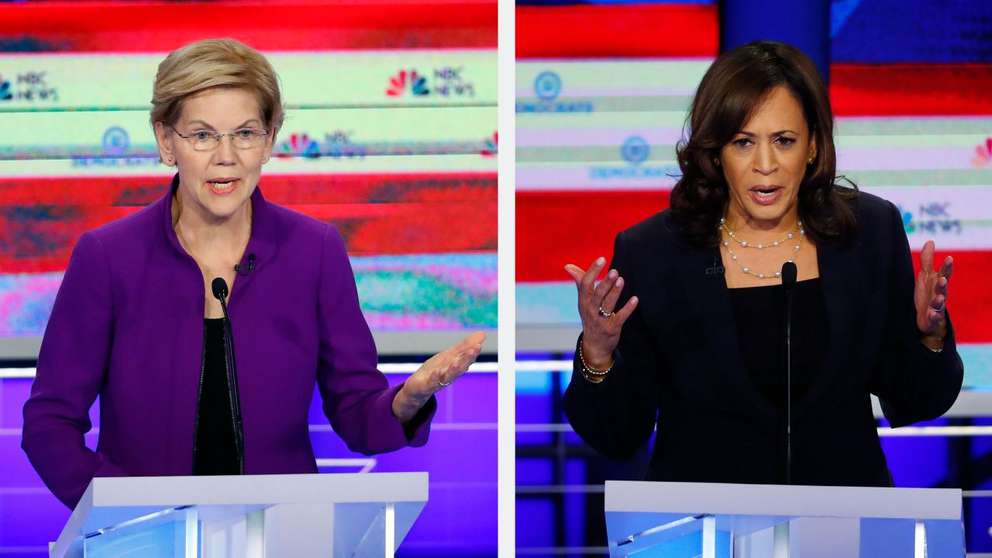 Warren, left, and Harris. [AP]
Elizabeth Warren and Kamala Harris: Joe Biden came into Miami last week as the front runner, buoyed in part by polls that showed Democrats believe a white male has the best shot at beating President Donald Trump. Well any Democrat who still thinks that didn’t watch the debates. Warren took command Wednesday night and Harris dominated the former Vice President on Thursday, especially during a momentous exchange where she flayed him over his record on race. At least on the debate stage, Democrats should have no qualms about whether either Warren or Harris can hold their own against Trump.

Bill de Blasio: Rule #1 in politics is know your audience. Rule #2 is don’t break Rule #1. New York’s mayor broke both rules this week in Miami when, after an ok debate performance, he uttered “Hasta la victoria, siempre.” Impressive Spanish. A big problem, however, is it’s a phrase linked with Ernesto “Che” Guevara, still a hated figure among Miami’s thousands of Cuban exiles. De Blasio later apologized. How do you say “oops” in Spanish?